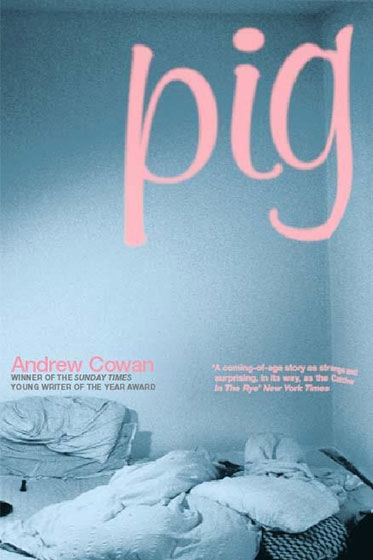 Andrew Cowan was born in Corby, Northamptonshire, in 1960 and educated at Beanfield Comprehensive and the University of East Anglia (UEA). He is the Director of the Creative Writing programme at UEA, from which he graduated in 1985.

Previously a long-standing tutor for the Arvon Foundation, he was for three years the Royal Literary Fund Writing Fellow at UEA. He was appointed to the faculty in 2004 and currently teaches and lectures at undergraduate and MA level, and supervises a number of PhD students. He is on the board of the National Academy of Writing, and on the advisory board of the writers-into-schools charity First Story.

When his grandmother dies, and his grandfather is removed to a home, fifteen-year-old Danny determines to look after their elderly pig and ramshackle garden. Here, on the ragged edge of a blighted new town, Danny and his Indian girlfriend Surinder create a fragile haven from the enclosing world of racist neighbours and stifling families, a summer’s refuge from the precariousness of their future.