FOUR BARE LEGS IN A BED AND OTHER STORIES 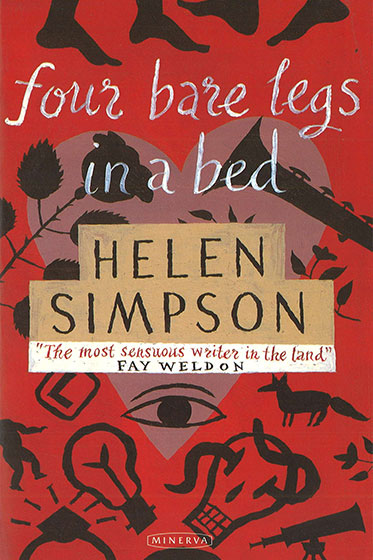 Helen Simpson is an English novelist and short story writer. She was born in 1959 in Bristol, in the West of England, and grew up first in Wealdstone then in a suburb of Croydon where she went to a girls’ school. Her mother was a primary-school teacher and her father was a naval architect who later taught. The first from her family to go to university, she read English at Oxford where she wrote a thesis on Restoration farce. She worked at Vogue for five years before her success in writing short stories meant she could afford to leave and concentrate full-time on her writing.

Many of her stories have been broadcast on BBC Radio. She is a Fellow of the Royal Society of Literature.

FOUR BARE LEGS IN A BED AND OTHER STORIES

Brilliant, funny and tragic, Four Bare Legs in a Bed is an outstanding and invigorating collection of short stories. In Simpson’s uniquely imaginative and sensuous voice, we hear of the mixed blessings of independence and marriage, of sex and babies.