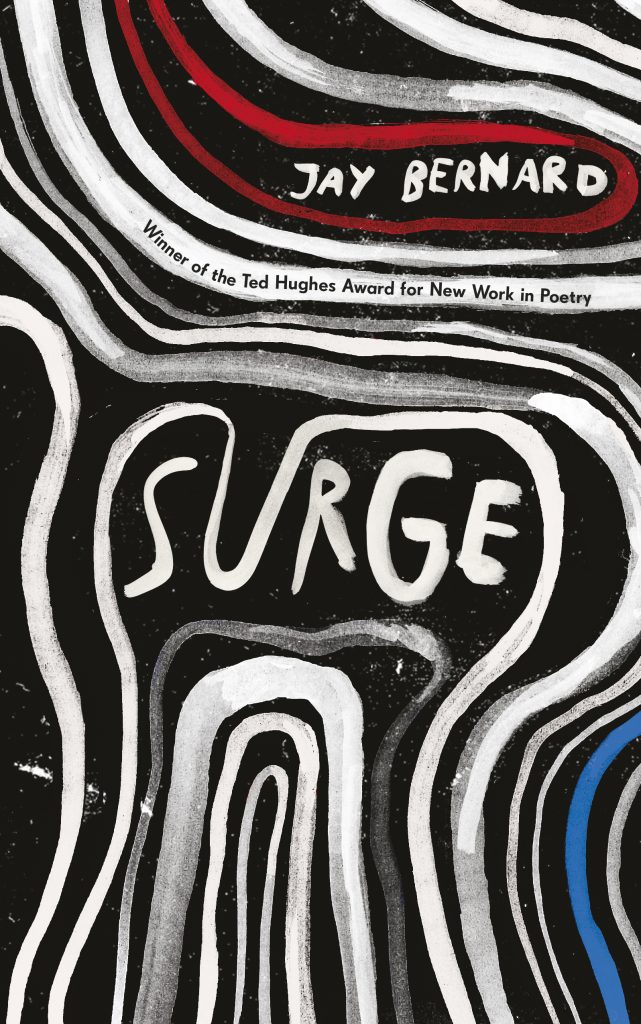 Dubbed the ‘New Cross Massacre’, the fire was initially believed to be a racist attack, and the indifference with which the tragedy was met by the state triggered a new era of race relations in Britain.

Tracing a line from New Cross to the ‘towers of blood’ of the Grenfell fire, this urgent collection speaks with, in and of the voices of the past, brought back by the incantation of dancehall rhythms and the music of Jamaican patois, to form a living presence in the absence of justice.

A ground-breaking work of excavation, memory and activism – both political and personal, witness and documentary – Surge shines a much-needed light on an unacknowledged chapter in British history, one that powerfully resonates in our present moment.

Jay Bernard is the author of the pamphlets Your Sign is Cuckoo, Girl (Tall Lighthouse, 2008), English Breakfast (Math Paper Press, 2013) and The Red and Yellow Nothing (Ink Sweat & Tears Press, 2016), which was shortlisted for the Ted Hughes Award 2017. A film programmer at BFI Flare and an archivist at Statewatch, they also participated in ‘The Complete Works II’ project in 2014 and in which they were mentored by Kei Miller. Jay was a Foyle Young Poet of the Year in 2005 and a winner of SLAMbassadors UK spoken word championship. In 2019 Jay was selected by Jackie Kay as one of Britain’s ten best BAME writers for the British Council and National Centre for Writing’s International Literature Showcase. Their poems have been collected in Voice Recognition: 21 Poets for the 21st Century (Bloodaxe, 2009), The Salt Book of Younger Poets (Salt, 2011), Ten: The New Wave (Bloodaxe, 2014) and Out of Bounds: British Black & Asian Poets (Bloodaxe, 2014).