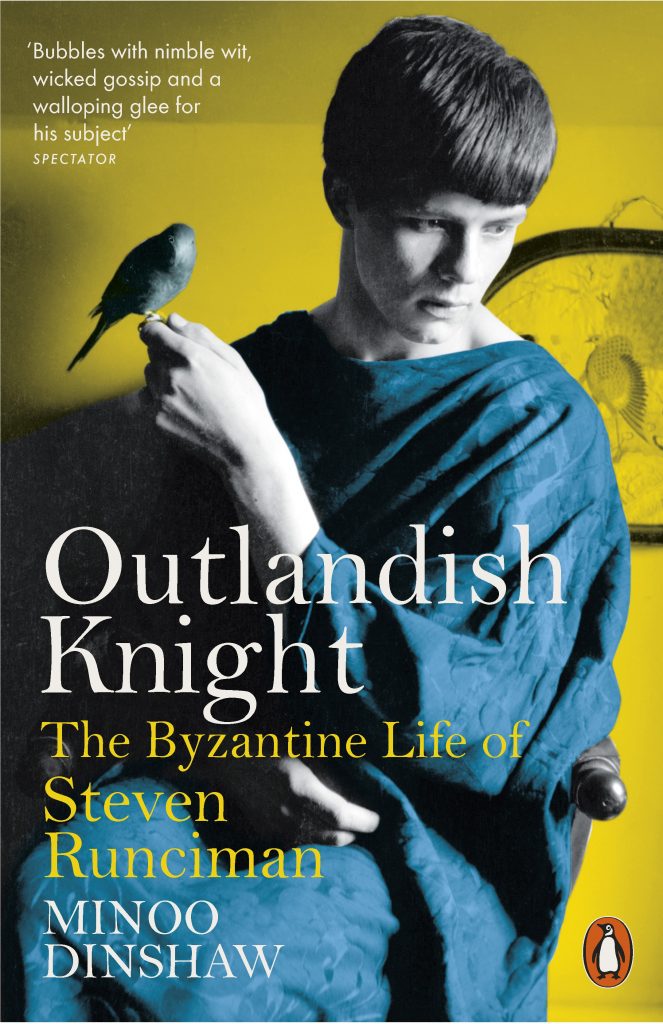 Minoo Dinshaw lives in London and Outlandish Knight is his first book.

The biography of one of the greatest British historians – but also of a uniquely strange and various man.

In his enormously long life, Steven Runciman managed not just to be a great historian of the Crusades and Byzantium, but Grand Orator of the Orthodox Church, a member of the Order of Whirling Dervishes, Greek Astronomer Royal and Laird of Eigg.

His friendships, curiosities and intrigues entangled him in a huge array of different artistic movements, civil wars, Cold War betrayals and, above all, the rediscovery of the history of the Eastern Mediterranean.

He was as happy living in a remote part of the Inner Hebrides as in the heart of Istanbul.

He was obsessed with historical truth, but also with tarot, second sight, ghosts and the uncanny.Outlandish Knight is a dazzling debut by a writer who has prodigious gifts, but who also has had the ability to spot one of the great biographical subjects.

This is an extremely funny book about a man who attracted the strangest experiences, but also a very serious one.

It is about the rigours of a life spent in the distant past, but also about the turbulent world of the twentieth century, where so much that Runciman studied and cherished would be destroyed.