THE BOY FROM THE CHEMIST IS HERE TO SEE YOU 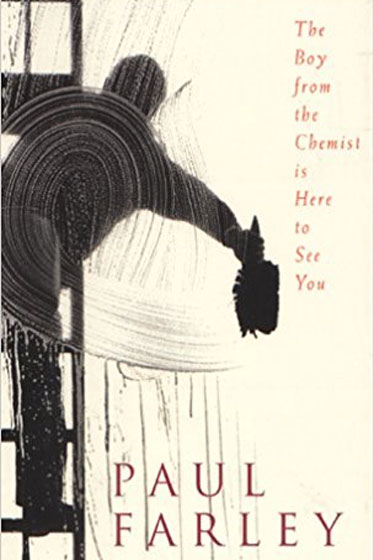 Farley was born in Liverpool. He studied painting at the Chelsea School of Art, and has lived in London, Brighton and Cumbria. He has had three poetry collections published. He has also written a great deal for radio, and often writes more widely on art and literature. As a broadcaster he has made many arts, features and documentary programmes for radio and television, as well as original radio dramas, and his poems for radio are collected in Field Recordings:BBC Poems 1998-2000. He was elected a Fellow of the Royal Society of Literature in 2012. He currently lives in Lancashire and is Professor of Poetry at Lancaster University.

THE BOY FROM THE CHEMIST IS HERE TO SEE YOU

‘Look – here’s a poet of ferocious invention, a breathtaking wit that ushers us to epiphanies of grief and laughter, an encyclopaedic knowledge of hip ephemera that’s never merely knowing, and a playful ear – which is, I note, an anagram of Paul Farley . . . What more do you want?’ Michael Donaghy