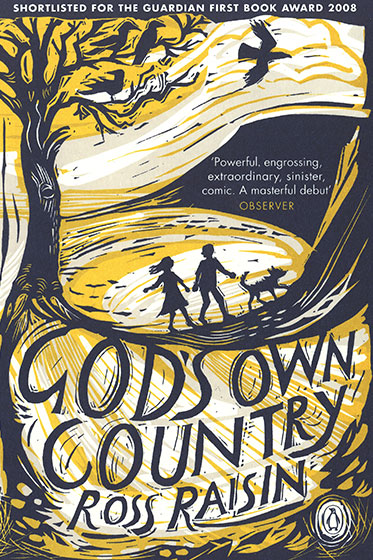 Ross Raisin was born in West Yorkshire in 1979, near Bradford and Ilkley. He studied English at King’s College in London and worked for a time as co-manager of a wine bar, before studying for an MA in Creative Writing at Goldsmith’s University in London. His third novel, A Natural, was published in spring 2017.

In God’s Own Country, Ross Raisin tells the story of solitary young farmer, Sam Marsdyke, and his extraordinary battle with the world. Expelled from school and cut off from the town, mistrusted by his parents and avoided by city incomers, Marsdyke is a loner until he meets rebellious new neighbour Josephine. But what begins as a friendship and leads to thoughts of escape across the moors turns to something much, much darker with every step.