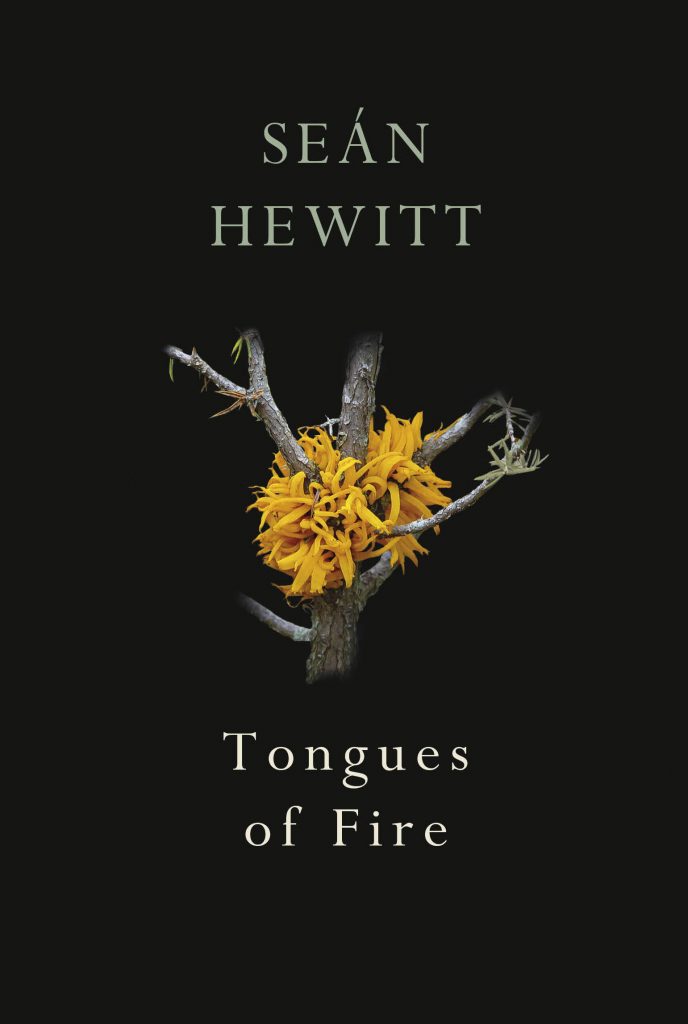 In this collection, Seán Hewitt gives us poems of a rare musicality and grace. By turns searing and meditative, these are lyrics concerned with the matter of the world, its physicality, but also attuned to the proximity of each moment, each thing, to the spiritual.

Here, there is sex, grief, and loss, but also a committed dedication to life, hope and renewal. Drawing on the religious, the sacred and the profane, this is a collection in which men meet in the woods, where matter is corrupted and remade. There are prayers, hymns, vespers, incantations, and longer poems which attempt to propel themselves towards the transcendent.

In this book, there is always the sense of fragility allied with strength, a violence harnessed and unleashed. The collection ends with a series of elegies for the poet’s father: in the face of despair, we are met with a fierce brightness, and a reclamation of the spiritual. ‘This is when / we make God, and speak in his voice.’

Paying close attention to altered states and the consolations and strangeness of the natural world, this is the first book from a major poet.

Seán Hewitt was born in 1990 and read English at the University of Cambridge. He is a fiction reviewer for the Irish Times and a Leverhulme Research Fellow at Trinity College, Dublin. He won a Northern Writers’ Award in 2016, the Resurgence Prize in 2017 and an Eric Gregory Award in 2019.