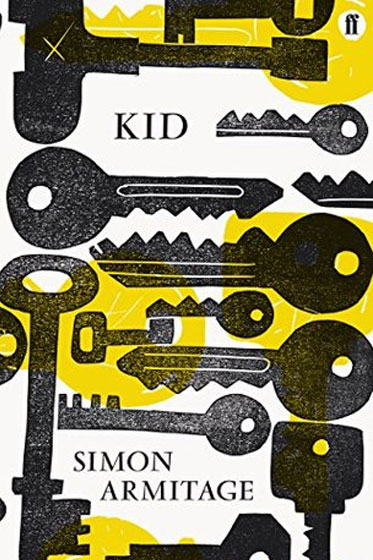 Simon Armitage (b. 1963) burst onto the poetry scene with Zoom! in 1989 and quickly established himself as the most high-profile poet in the group dubbed ‘The New Generation’. Born and brought up in Huddersfield, England, Armitage worked as a probation officer before becoming a full-time writer, a job that provided a particularly rich source of anecdote for his poetry, as did the transition from one calling to another. His northern roots and ear for street-wise language gave his work a young, urban appeal and, combined with a comedian’s sense of timing, have made Armitage a genuinely popular poet whose work features regularly on the National Curriculum. In 2015 he was elected Oxford Professor of Poetry.

This collection of poems includes the themes of domestic tension, law and order, submerged and exploding violence, and the anarchic strain in the human psyche. The title poem of the collection, “Kid”, is written from the point of view of comic book and TV series character Robin, companion of Batman. The poem talks about how Robin has grown up after separating from Batman. It seems to be a poem about growing up, the complexity of relationships between siblings and parents, a student becoming the master and a gradual disillusionment with one’s childhood heroes. The light-hearted rhythmic nature of the poem and its central comic stars seem at odds with the slightly darker underlying tone. The poem portrays the bitter tone of Robin as he leaves Batman and reveals the truth about him