THE YEAR OF THE RUNAWAYS 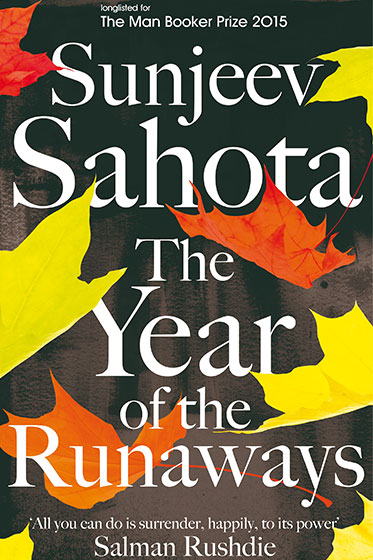 Sunjeev Sahota was born in 1981 in Derbyshire. His debut novel, Ours are the Streets, was called ‘Nothing short of extraordinary’ Observer; ‘A moral work of real intelligence and power’ The Times. He is one of Granta’s Best of British Novelists 2013.

THE YEAR OF THE RUNAWAYS

Shortlisted for the Man Booker Prize, and sweeping between India and England, and between childhood and the present day, Sunjeev Sahota’s generous, unforgettable novel The Year of the Runaways is – as with Rohinton Mistry’s A Fine Balance – a story of dignity in the face of adversity and the ultimate triumph of the human spirit. The novel was also shortlisted for this year’s Man Booker Prize.