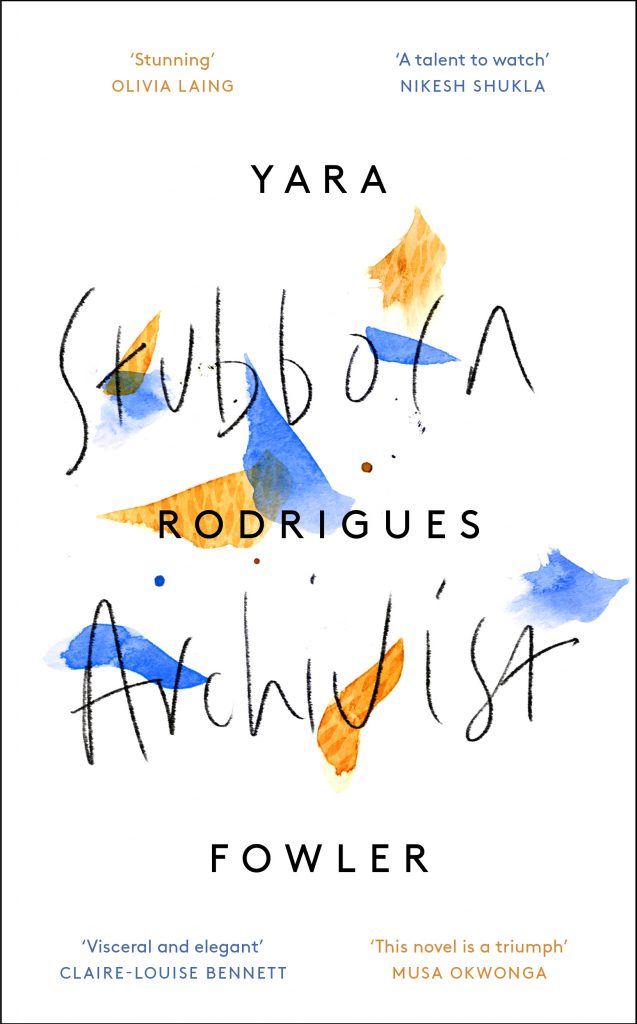 A bold debut novel exploring the nuances and the spaces between ourselves and our bodies, told through the shards collected by our own stubborn archivist. When your mother considers another country home, it’s hard to know where you belong. When the people you live among can’t pronounce your name, it’s hard to know exactly who you are. And when your body no longer feels like your own, it’s hard to understand your place in the world. This is a novel of growing up between cultures, of finding your space within them and of learning to live in a traumatized body. Our stubborn archivist tells her story through history, through family conversations, through the eyes of her mother, her grandmother and her aunt and slowly she begins to emerge into the world, defining her own sense of identity.

Yara Rodrigues Fowler is a British Brazilian novelist from South London. Her first novel, Stubborn Archivist, was published in 2019 in the UK and USA. It was called ’stunning’ by Olivia Laing, ‘visceral and elegant’ by Claire-Louise Bennett and ‘breathtakingly written’ by Nikesh Shukla. Yara was named one of The Observer’s nine ‘hottest-tipped’ debut novelists of 2019 and longlisted for the Desmond Elliott Prize. Yara is also a trustee of Latin American Women’s Aid, an organisation that runs the only two refuges in Europe for and by Latin American women. She’s writing her second novel now, for which she received the John C Lawrence Award from the Society of Authors towards research in Brazil.