When Gillon Aitken a towering figure in the UK’s publishing industry and the outstanding literary agent of his generation – died in 2016, his will left clear instructions: The majority of his money was to go into the creation of new literary charity in memory of his beloved daughter, Charlotte, who died in 2011 at the age of 27.

Gillon’s executors approached the novelist Sebastian Faulks, a client and close friend of Gillon’s, to chair it. He agreed, and knew immediately who else to bring on board: publisher Rachel Cugnoni, another close friend of Gillon’s who had worked with him on many projects, and Clare Alexander, Gillon’s partner at Aitken Alexander Associates. Experienced accountant Simon Murray was enlisted as treasurer, but soon became the fourth trustee. The group was complete.

“The wording of Gillon’s will was fairly loose,” Faulks says. “It was obvious what he intended, but not very specific.” After some debate – and some navigating of the intricacies of charity law requirements – a mission statement was put in place:

The new charity expects to award prizes, grants and scholarships, either in programmes developed by the trustees or in partnership with existing schemes.

“We won’t simply be handing out money to individuals,” Faulks says. “Everything needs to be seen in the wider perspective of encouraging literary endeavour for the public benefit.”

A first grant went to the Brontë Society, which operates the Brontë Parsonage Museum at Haworth, Yorkshire. Next up was support of a Young Vic/Headlong co-production, ‘Best of Enemies‘, a new play by Olivier Award-winner James Graham.

When it came to choosing a major literary prize to support, it didn’t take the trustees long to narrow in on one that fitted the bill perfectly. Faulks began negotiating with Andrew Holgate, literary editor of The Sunday Times, in 2019.

“To be encouraging young writers in Charlotte’s name is absolutely the sort of thing we want to be doing. The prize itself, with its previous sponsors, Warwick University and Peters Fraser & Dunlop, has a fantastically good track record – not just for picking up writers of promise, but writers of achievement – people who have gone on to have very good careers. It has great history and value to us, and we are thrilled to be a partner.”

Faulks knows just how important support at this early stage can be: “I remember only too clearly from my own life that when you start out saying, ‘I’m going to be a writer’, everyone just laughs, and says: ‘And what are you really going to do?’ It takes a lot of tenacity. And what you need is for somebody else to believe in you. And once some sort of authority or institution – whether it’s a publishing company or a big newspaper like the Sunday Times or a solid charity like ours – says to you ‘Yes, you’re good,’ you feel validated. And that confidence enables you to perform at a higher level.”

To see how the prize functions, Faulks joined the judging panel himself last year. Alongside Kit de Waal, Tessa Hadley, and Houman Barekat, they chose Jay Bernard (Surge) as the winner. “Seeing how it works from the inside – how it’s all done in a fair, professional, consultative way – encouraged me even more to believe that this is a prize that we should be involved in.”

The charity has doubled the prize money – from £5,000 to £10,000 – but it’s not this sum that will be life-changing, Faulks reckons: “It’s the fact that a panel of people with experience in this world says: Yes, you are part of it and yes you have a bright future. That’s what will make a difference.

“What excites us about this prize is that it’s not just saying: ‘Here is one book, one writer.’ We hope that its example will be a kind of gateway – that hundreds, perhaps thousands of people under the age of 35 will look at writing as a real possibility for them.” 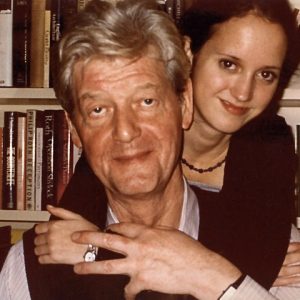 Gillon Aitken with his daughter Charlotte 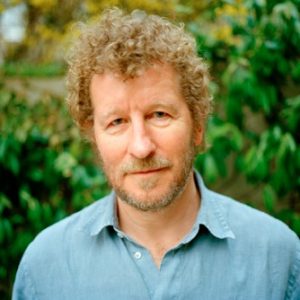