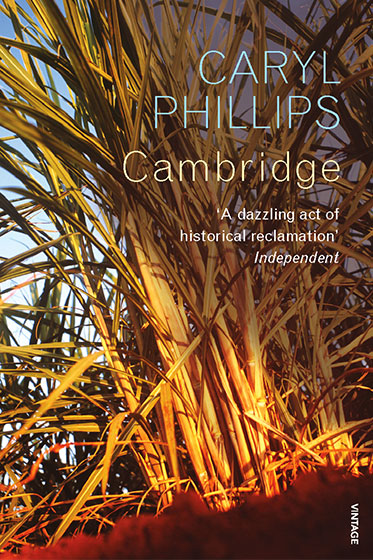 Caryl Phillips (born 13 March 1958) is a Kittitian-British novelist, playwright and essayist. Best known for his novels (for which he has won multiple awards), Phillips is often described as a Black Atlantic writer, since much of his fictional output is defined by its interest in, and searching exploration of, the experiences of peoples of the African diaspora in England, the Caribbean and the United States.  As well as writing, Phillips has worked as an academic at numerous institutions including Amherst College, Barnard College, and Yale University, where he has held the position of Professor of English since 2005.

Cambridge is a powerful and haunting novel set in that uneasy time between the abolition of the slave trade and the emancipation of the slaves. It is the story of Emily Cartwright, a young woman sent from England to visit her father’s West Indian plantation, and Cambridge, a plantation slave, educated and Christianised by his first master in England and now struggling to maintain his dignity.