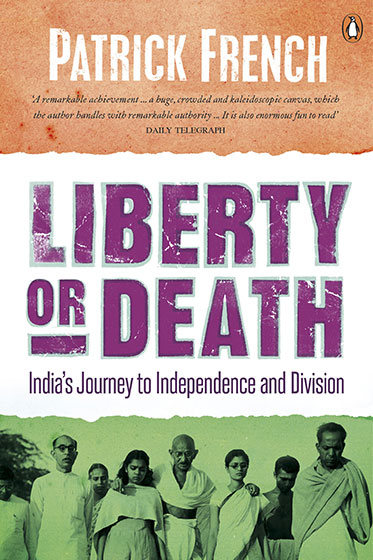 Patrick French (born 1966) is a British writer and historian, based in London and Delhi. He was educated at the University of Edinburgh where he studied English and American literature.

French is the author of several books including Liberty or Death: India’s Journey to Independence and Division, and The World Is What It Is: The Authorised Biography of VS Naipaul.

At midnight on 14 August 1947, Great Britain’s 350-year-old Indian Empire was broken into three pieces. The greatest mass migration in history began, as Muslims fled north and Hindus fled south, and Britain’s role as an imperial power came to an end.

Journeying across India, Bangladesh and Pakistan, Patrick French brings to life a cast of characters including spies, idealists, freedom fighters and politicians from Winston Churchill to Mahatma Gandhi. The result is a compelling story of deal-making, missed opportunities, hope and tragedy.